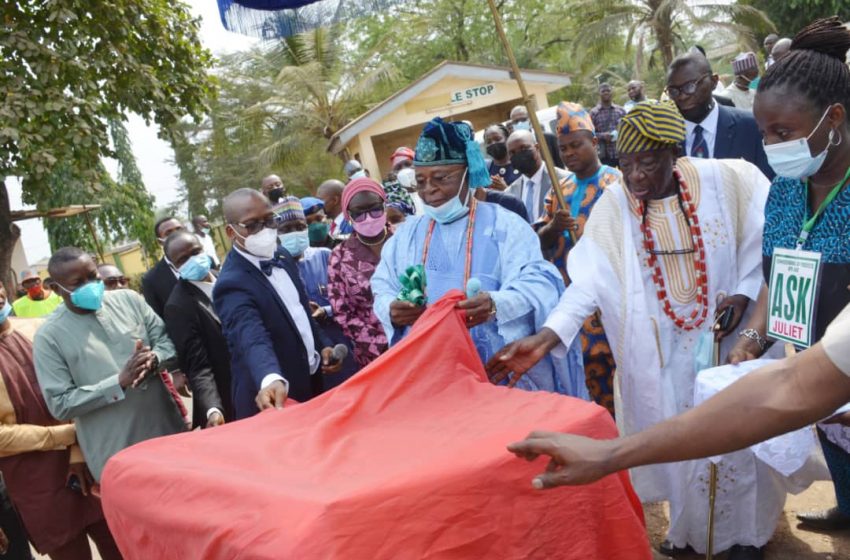 The member of Staff of the Neuro-Psychiatric Hospital, Aro, Abeokuta, the Ogun State Capital, were jubilant on Wednesday, March 16, 2022, as the Minister of Works and Housing, Mr. Babatunde Fashola, SAN, commissioned and handed over a 1.3-kilometre internal road rehabilitated in the institution by the Ministry.

The Wednesday’s ceremony would bring to 35 the number of rehabilitated internal roads commissioned and handed over to various institutions since the resumption of the second session of the Season of Completion and Impact in Federal Tertiary Institutions temporarily suspended earlier as a result of COVID-19 pandemic.

In his address at the ceremony, which attracted a large number of the academic community, stakeholders and members of the public, the Minister of Works and Housing, Mr. Babatunde Fashola, SAN, said the objective of the Buhari administration in extending its Infrastructure delivery Initiative to the schools was primarily to enhance the learning environment in the institutions.

Fashola, who was represented at the ceremony by the Federal Controller of Works in Ogun State, Engr. Umar Bakare, said the 1.3 kilometre road, which, according to him “is part of Federal Government’s Intervention Roads Rehabilitation Programme for Tertiary Institutions across the country”, would help the movement of people, ease learning and facilitate speedy healthcare delivery service in the institution.

The Minister, who handed over the road to the Provost / Medical Director of the Institution, Dr. Paul Agboola, declared, “Today we converge here at the Neuropsychiatric Hospital, Aro, Abeokuta to hand over an important asset , a 1.3 kilometre  internal road rehabilitated and reconstructed by the Federal Ministry of Works and Housing on behalf of the Federal Government”.

According to him, the fact that the quality of infrastructure and upgraded learning environment  in all the institutions nationwide would impact positively on the productivity of students and the academic as well as the non-academic staff was already being attested to by students of the  institutions that are already enjoying their upgraded infrastructure assets.

“It is undebatable that quality of healthcare delivery will be impacted by and those who doubt it should simply listen to some of the feedbacks from staff in the hospital where this intervention has taken place”, the Minister said adding that because of its convictions, government had taken on the rehabilitation of internal roads and other assets in 76 Federal Tertiary institution across the country with 29 roads already completed and handed over with 17 also completed and being handed over while 30 others are ongoing.

In his remarks earlier, the Medical Director of the institution, Dr. Paul Agboola, noted that the Buhari administration’s intervention in the school was the first since the establishment of the school adding that the act would surely invoke great joy in the hearts of the academic community as well as the founding fathers of the institution.

“Since the establishment of this hospital several decades ago, this is the first time in recent years where internal road networks construction within the hospital is carried out by the Federal Ministry of Works and Housing. This singular act has put smile in the faces of the hospital staff and patients. In fact, one of our outstanding founding fathers, Late Professor Adeoye Lambo and his wife are dancing in their grave saying thank you to  President Muhammadu Buhari and his team, especially the Honourable Minister of Works and Housing, Mr. Babatunde Raji Fashola , SAN”.

Also the institution’s Head of Administration, Mr. Richard Kayode, in his remarks noted that before the rehabilitation the road was “almost impassable to motorists and caused discomfort to pedestrians especially during the Raining Season”, adding, “We say thank you to the Federal Ministry of Works Housing and its head, Mr. Babatunde Raji Fashola, SAN. President Muhammadu Buhari has been doing a lot from what we can see today in road repairs across the six geo political zones of the country”.

In her remarks, the Chief Nurse /Tutor in the institution, Mrs. Dada Joseph, commended the quality of the road saying “it is the type that can stand the test of time”, adding that the road represented a major achievement for the Buhari government in assisting the school. “For some years back, it has been difficult moving around while people complained about the road including patients and staff”, she said.

The Press and Public Relations Officer of the Hospital, Mr. Oluwatoyin Abiola, in his  vote of thanks on behalf of the institution, said, “On behalf of the entire Management and the Board of Directors, I am saying thank you to President Muhammadu Buhari for repairing the internal road in our institution. It is a plus to his administration.”

One of the contractors who spoke at the event from Henod Integrated Limited, Prince Louis Okojie, thanked the institution and Federal Ministry of Works and Housing for giving the company “the enabling environment to complete the scope of work within the time frame without disturbance or financial constraint”, adding, “We thank the Honourable Minister much more for believing in indigenous contractors to handle this project”.

The Vice President of the Students Union Government (SUG) of the institution, Comrade Odutola  Samuel, while expressing delight that the repaired road would provide good opportunity for the students and staff to teach and learn in conducive environment “after so many years of bad road and hardship”,  gave kudos to the Federal Government for the gesture that has also been extended to other institutions across the country, adding, “Some people only close their eyes to what President Muhammadu Buhari is doing for the country”.

The event was well attended by representatives of Federal Ministry of Works and Housing, staff and students of the Federal Neuropsychiatric Hospital, Aro, Abeokuta and contractors of the project. 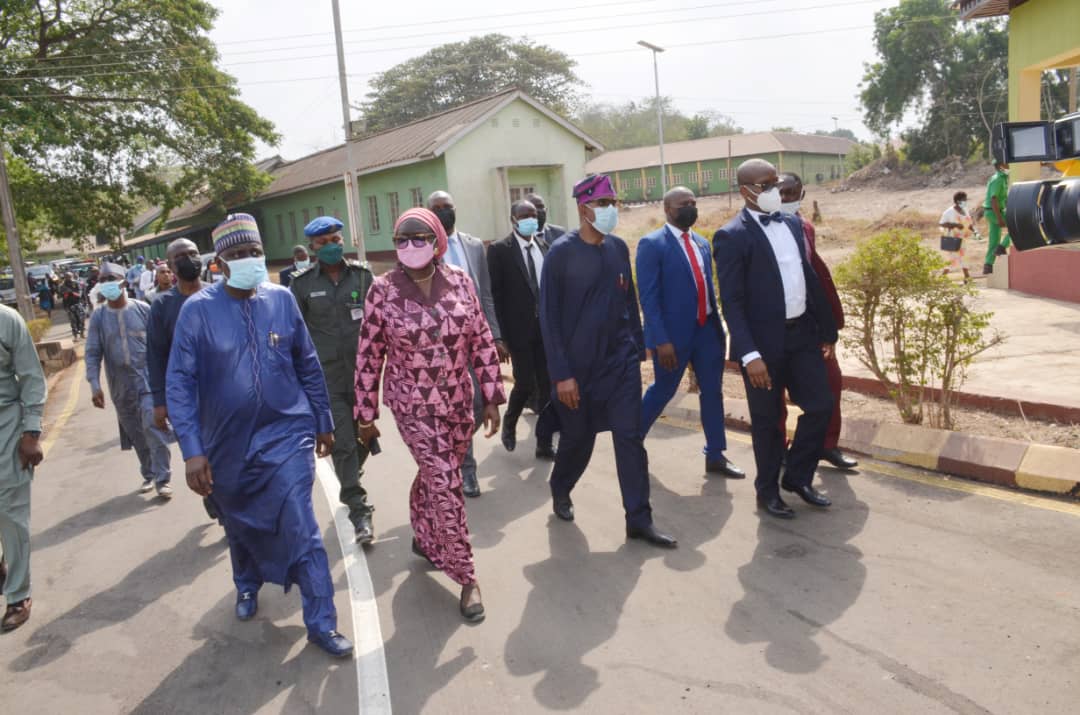 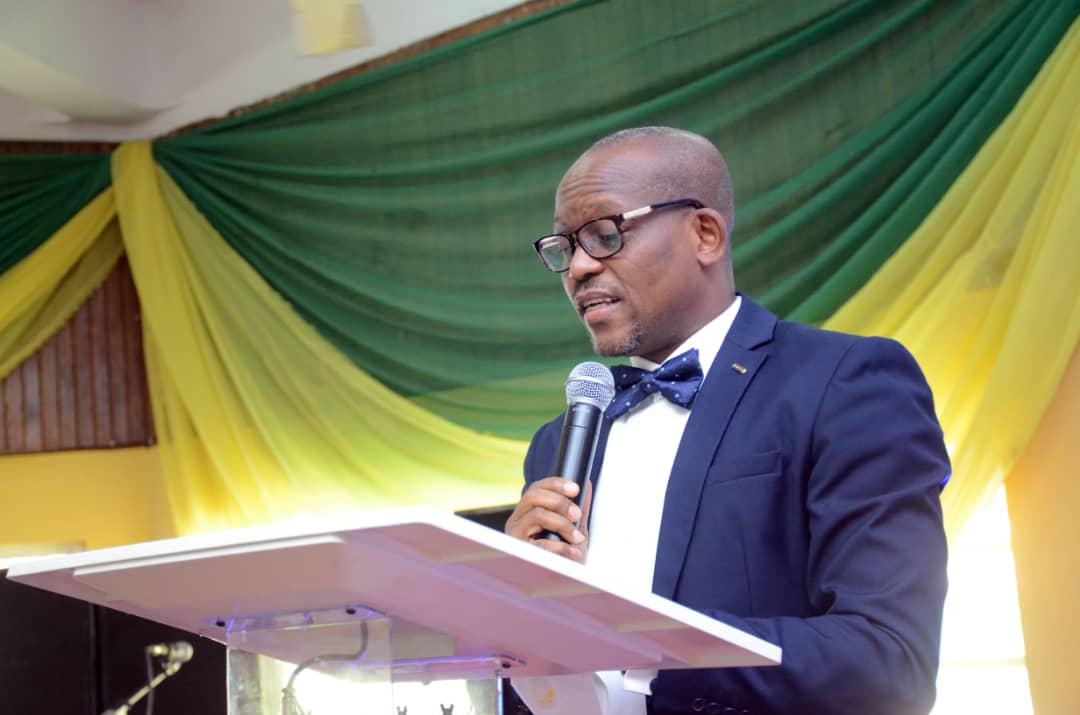 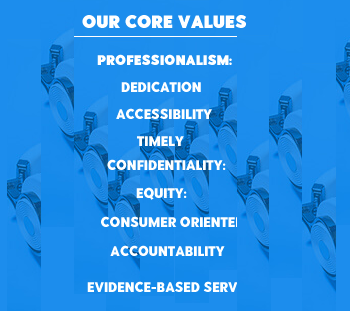